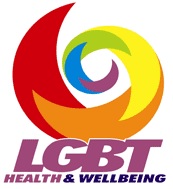 Loud & Proud took part in Edinburgh Light Nights in George Street on Sunday 22 November along with lots of other performers to mark the beginning of the Edinburgh’s winter festivities programme. Several members of the choir were interviewed for TV afterwards which was broadcast live to the revellers.

After our successful opening gig at the The Edinburgh International Book Festival Event in August we were invited again to part in an event at Waterstones in George Street on Tuesday 24 November. We sang for a small but very enthusiastic crowd on the stairs at in the bookshop and were plied with Espresso Martinis afterwards. A memorable evening.

LBGT Health and Wellbeing invited us to take part in their annual Winter Concert and Sunday 6 December at Walpole Hall, Chester Street. The afternoon included a varied range of music, including a turn by Edinburgh Gay Men’s Chorus. Warming fun on a cold winter’s day.

Any cookies that may not be particularly necessary for the website to function and is used specifically to collect user personal data via analytics, ads, other embedded contents are termed as non-necessary cookies. It is mandatory to procure user consent prior to running these cookies on your website.